Most people stick to Paris when they visit France, but the country has so much more to offer. France’s natural sights are as beautiful as they are diverse. From the seaside to the mountainside, discover these 14 stunning locations in France.

Etretat, a small town on the northern coast of France, has inspired many painters and writers. Its white vertical cliffs are enchanting and surprising and its rock formations spectacular. It can be visited from Paris as a day-trip or be included in a Normandy road trip.

The south of France abunds in natural beauty spots, such as Cassis, where majestic cliffs, crystal-clear waters, and breathtaking viewpoints await. Getting there is not easy, but you’ll be amply rewarded for your efforts.

From Cassis, you can get to three Calanques, the only one you can access by car is Port Miou. You’ll start from there to get to the two others. The next one, Port Pin, is reachable on foot (35 minutes) and for the third one, En-Vau (photo above), add 30 more minutes. After Port Pin, the trail is tougher. If you don’t want to trek, you can rent a boat or a kayak for the day. Go early morning to avoid the crowd.

Verdon Gorge is Europe’s biggest canyon. The river is 175 kilometers long and the cliffs reach up to 700 meters. It’s a great place for trekking and doing all sorts of water activities.

RELATED POST
19 France money-saving tips you should know about

A UNESCO World Heritage Site, the Chaînes des Puys is a group of 80 inactive volcanoes, some of them, 85 000 years old. Only the shapes of the volcanoes remain, they are now covered with lush vegetation creating a breathtaking sight. The highest one is the Puy du Dôme (1465 meters – 4800 feet). The summit is reachable via a special train, and the scenery from up there is spectacular. You can also take a hot air balloon ride to see the volcanoes from above.

Corsica, a Mediterranean island, is where you’ll find the most beautiful beaches in France, with white sand and translucid water. The scenery is unique and the landscape incredible. The island is actually quite big, and in every corner, you’ll find something spectacular.

Named after the man who discovered it, this cave is so big; the Notre Dame Cathedral in Paris could fit inside it. After a 100 meters (330 ft) descend via funicular, you’ll discover one of the earth’s treasure. The cave is home to around 400 stalagmites, and hundreds of lights have been installed to create an enchanting sight.

France’s first national park, La Vanoise, is a great place for trekking, discovering the Alps fauna and flora, and admiring its incredible landscapes. The highest peak is 3850 meters high (12600 feet), and the area is full of glaciers, mountain passes, and lakes.

This huge sand dune is the biggest one in Europe. Spreading on 3 kilometers, with, on one side, the Atlantique, and on the other, the Landes de Gascogne Forest, the Dune du Pilat is a great place to do paragliding or some sliding down the dune’s slope. 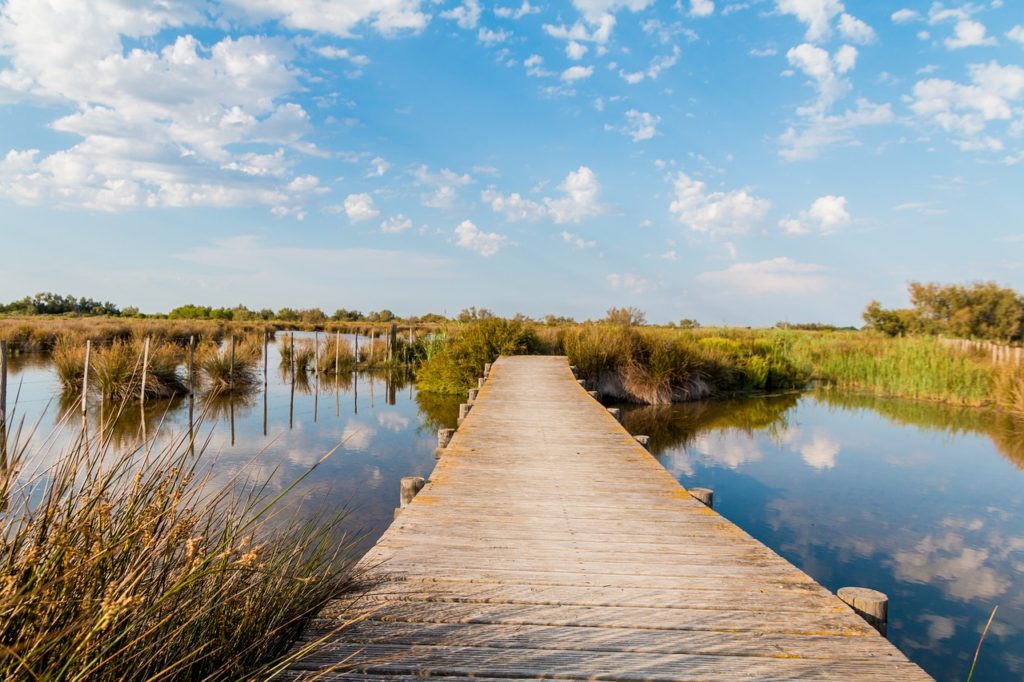 This protected area is famous for its herd of horses and pink flamingos. Mostly marshlands, the park is great for bird watching and discovering the colorful culture of Camargue.

In Chamonix, you’ll find the ice sea (Mer de Glace), a 5 km deep and 200 meters wide glacier. The biggest one in France. Another great attraction is the sea cave, hand-carved every year.

In Moliets-et-Maa, the Huchet’s current meanders through banks of sand, linking the Léon swamp to the sea. This estuary is always changing, never looking twice the same way. Its dense and tropical vegetation got it nicknamed the Landes Amazonia.

Remainings of the ochre quarries’ exploitation, this French Colorado is worth a look. Between the cliffs and the red tints, surrounded by a lush forest, the Rustre’s Ochre is a unique place.

Famous for its endless lavender fields, the Valensole Plateau is a spectacular sight. Go at sunset to take amazing pictures.

What about you? What is your favorite place in France? 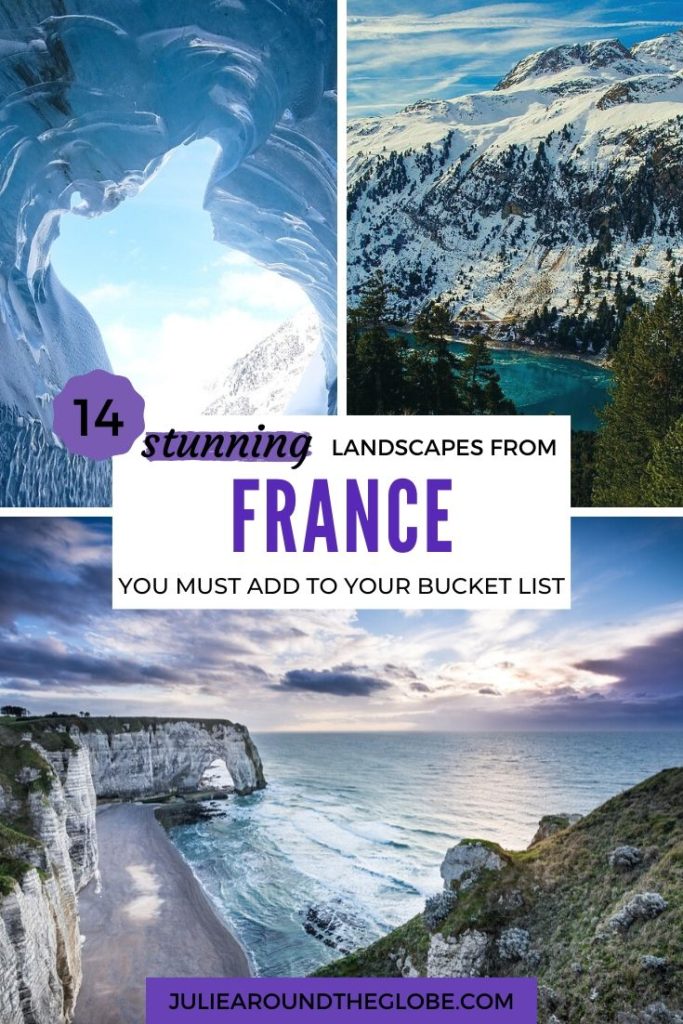 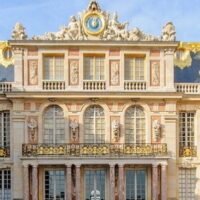 10 beautiful castles to visit in France 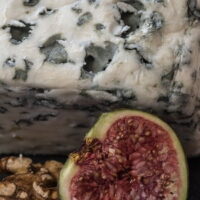 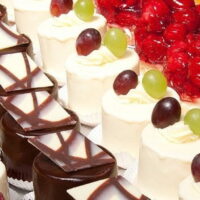 10 delicious French desserts you need to try on your next trip! 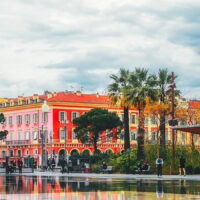 Top 10 Places to Visit in France Outside of Paris 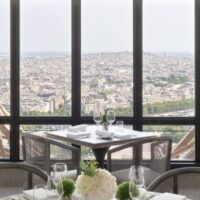 Best Trendy and Party Restaurants in Paris You Must Try 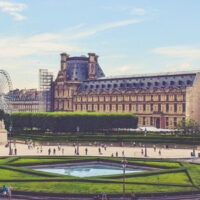 19 France money-saving tips you should know about 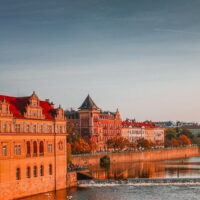 Most beautiful cities in eastern Europe to visit in 2023 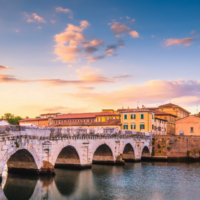 What to Do in Rimini – Accommodations, Restaurants, Nightlife, and Tips 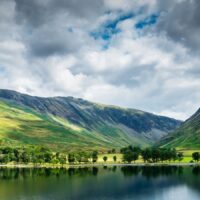